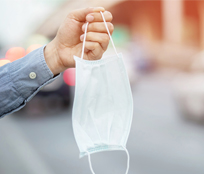 Coronavirus—Assessing the Economic and Investment Impact

This blog post is an attempt to address the evolving developments emanating from the Wuhan coronavirus in China and its impact on the global economy. While recognizing the severity and fluidity of the current outbreak, we are encouraged by the swift responses by the Chinese government to contain the situation. Here we focus on the potential impact on global growth and outline investment perspectives, drawing lessons from the Severe Acute Respiratory Syndrome (SARS) episode in 2003 as appropriate.

Our assessment is that impact on global growth from the coronavirus outbreak will be significant but relatively short-lived. China has ample policy tools including fiscal, targeted easing and cuts in the required reserve ratio (RRR) to cushion the acute shock to real sector activity in the first half of this year. The ripple effects on developed markets (DM) should be less pronounced, particularly for countries where domestic consumption is the primary economic driver. On the other hand, negative reverberations will likely be felt in emerging markets (EM), though the impact will vary considerably across countries. Policy headroom is likely available for fundamentally sound EM economies, but weak countries could potentially experience market volatility, particularly those heavily reliant on commodities. Hence, country differentiation/selectivity will be key, with rates underpinning the investment thesis and reinforcing the valuation proposition vis-à-vis the DM opportunity set.

The current rates of the Wuhan coronavirus infection are still reportedly highly concentrated in Wuhan City, which accounts for only 1.6% of China’s GDP, and other cities in Hubei province, which account for 4.3% of China’s GDP. During the SARS episode, China experienced a 2% decline in GDP from 1Q03 to 2Q03 but recovered strongly in the second half of 2003 without posting a full-year recession. However, since 2003, the contribution of China's consumer spending to GDP growth has risen significantly. Standard & Poor's estimates that if discretionary consumer spending falls by 10%, GDP growth would fall by 1.2 percentage points.

Wuhan, a city of 11 million people, is a major transportation hub and manufacturing base for automobiles and for more than 200 multinational corporations. The lockdown is expected to disrupt supply chains, affecting producers in other countries, especially in Asia. The more bearish research reports (e.g., from China-focused group Plenum) have predicted that effects of disease control policies during China’s peak travel season and the government’s extension of the New Year public holidays could see “economic growth slow by as much 4%“ in 1Q20. However, more important than the expected peak-to-trough GDP decline will be the duration of the virus outbreak. In this aspect, some studies suggest that based on earlier-than-expected development in the infection pool from their estimated epidemic curve, the total infected group is likely to peak within 2-1/2 months (JPM Asia Pac Equity Research: Asia Insurance Strategy Coronavirus: Tracking incidence data 28 Jan 2020).

The immediate fall-off in short-term global growth momentum is likely to be considerable, as China is now the second-largest economy. By contrast, it was a far smaller economy back in 2003, before the economy embarked on a multi-year expansion after attaining WTO membership. Indeed, its trade links with both DM and EM economies have deepened significantly. China is now a major destination for EM goods and services (tourism) exports. Second, China’s financial links with EM countries via outward foreign direct investments and China’s representation in EM benchmark indices have increased dramatically.

The hit on economic sentiment was primarily felt in Asia during SARS. Between the January 2003 peak to the April 2003 trough, Hong Kong’s Hang Seng index was down 15% (following -18% in 2002). Tourism and travel came to a virtual halt across the region. Post SARS, growth momentum did, however, recover strongly in the second half of 2003.

Given that FX is a relief valve for economies, the currency impact was felt most among Asian currencies. In contrast, non-USD-denominated DM currencies, as well as most EM FX held in well, against a backdrop of a weaker US dollar, which peaked in early 2002. In fixed-income, local rates in Asia all declined moderately over that period, even as 5-year US swap rates traded slightly higher. Outside Asia, EM assets held up well owing to favorable idiosyncratic developments (for example, politics in Brazil). This time again Asia is at risk of being the hardest hit region in EM with the less trade-oriented, domestically driven economies such as Indonesia and India expected to experience less of an impact.

Impact on Credit Sectors and Issuers

Using the 2003 SARS outbreak as a reference, the Asia credit market posted a 1.4% drop in full-year total return as spreads widened by about 30 bps for the JPM Asia Credit Index (OLD JACI Composite), but this was followed by a rapid recovery. Barring a drastic deterioration in the Wuhan coronavirus outbreak circumstances, we expect USD-denominated Asia credit reactions to remain more muted. Industries that could be directly affected (gaming, tourism, airlines and retail) are only a small part of the Asia credit market (US$19 billion or 1.7% of market cap). The largest vulnerable sector is Macau gaming, with a US$14 billion market capitalization. Other names that could face some pressure are in tourism-related industries such as car rental agencies, hotels and retail. A wider implication is whether or not the outbreak becomes a drag on the overall economies in the region. On the positive side, the healthcare sector is likely to be the main beneficiary as it was during the SARS period. We believe the sector will continue to perform well, driven by increased demand for drugs, diagnostic testing equipment and hospital services. Given that there is currently no direct effective treatment for the Wuhan coronavirus, the treatment options include supportive care, steroids and Interferon alpha which will likely benefit drug manufacturers with a portfolio of anti-viral therapies, the infusion fluid and vaccines players, and traditional Chinese medicine companies.

Tail Risks to Our Central Scenario

A risk to our central expectation is that the Wuhan coronavirus, which exhibits a higher infection but lower mortality rate compared with its cousin SARS, will mutate into a more lethal form. In such a scenario, the damage to consumer confidence will be compounded and measures to stop movement of people within China and globally more draconian. Vulnerable EM countries with weak medical resources and governance (e.g., to enforce strict quarantines) to deal with a widespread, lethal virus outbreak may experience a steep economic shock and social unrest.

Based on current statistics, the coronavirus appears to remain highly concentrated in the Hubei province and its capital city Wuhan; accounting for 59% of all confirmed cases and 95% of fatalities. Major Chinese cities such as Shanghai, Beijing and Guangzhou have much lower rates of virus infection and mortality. However, given that Wuhan is a major transportation hub and reports that 5 million of its residents may have left the city for the festive season before the lockdown—there continues to be a risk of severe virus outbreak in a major Chinese T1 city that would change our evaluation of the virus kinetics. Similarly, a failure to contain the spread of the virus or a prolonged lockdown of cities may create an environment for social unrest in China.

The Wuhan coronavirus outbreak continues to be a highly fluid, evolving situation. Western Asset has a team of specialists located in Asia and various EM locations to closely assess its impact on global growth and the implications on financial assets more generally.