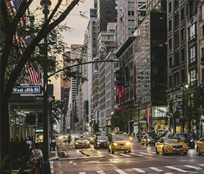 Corporate America Will Be (Mostly) Okay

Headlines seem to be popping up about corporate America choking on debt, fiscal and monetary support that creates zombie companies, and questioning why companies aren’t cutting debt in a downturn. The primary new-issue bond market has hit new records this year and undoubtedly fundamentals are challenged, as global economies are still in the midst of the COVID-19 pandemic. So much about the path forward is still unknown—but let’s put certain fundamental concerns in perspective.

The flashing red light warning signal that most point to is the rapidly increasing pace of corporate borrowing this year. In years past, credit bears have lamented the growth of the debt markets and repeatedly pointed to year after year of trillion-dollar-plus issuance (a pace more than double that of the previous decade). Exhibit 1 graphs cumulative gross issuance in the domestic investment-grade market, and the 2020 Covid bump does stick out like a sore thumb. But are past borrowings, and especially the turbo-charged pace of the current year’s debt, a harbinger of tough times to come? The answer isn’t so simple.

If spent, then debt is future consumption pulled forward. But the cash raised this year has not been dispersed; the actions taken this year were intended largely to re-liquefy balance sheets. It was a defensive move to ensure that operations would be well-funded—even through an extended lockdown—as uncertainty was at its greatest earlier in the year. The capital raised was not an intentional releveraging of the balance sheet to benefit equity holders in the traditional sense. Funds raised were not depleted on M&A, special dividends or stock buybacks. In fact, many companies reduced dividends and suspended stock buybacks and CAPEX programs to conserve cash further. For now, those programs still remain on hold, suggesting corporate America remains focused on balance-sheet preservation.

This Is Not Your Father’s Bond Market

Raising cash is now a cheap option—when the capital markets are functioning, that is. In Exhibit 3, we see that the yield of the Bloomberg Barclays US Credit Index (an investment-grade index) is just 1.86% as of August 31. The average investment-grade company can now finance itself at record-low yields. Servicing debt was harder in the 1990s when the average yield was north of 7%, or in the early 2000s when yields averaged almost 6%. Carrying debt today is not the burden it used to be.

The spike in yields in the spring of 2020, while just a blip when viewed through a longer historical lens, underrepresents how broken the capital markets were at the outset of the pandemic. The volatility during this past spring’s “dash to cash” greatly exceeded a typical flight to quality when even certain Treasury bonds, perhaps the most liquid financial asset in the world, traded with exceptionally high bid/ask spreads. During that period, the corporate bond market ceased to function properly. Demand didn’t just evaporate but turned deeply negative. With bank balance sheets constrained, dealers were unable to absorb any more risk and the primary market dried up. Corporations lost their main avenue to access capital. It is with that context in mind that one can see why both the Fed and corporate America have reacted in their respective ways.

The Fed directly stepped into the corporate bond markets for the first time ever with programs to buy corporate debt, both in the primary and secondary markets. The Fed moved to reboot a malfunctioning capital market, to restore confidence and unclog the supply/demand logjam so that access to capital was restored. The Fed’s intervention was largely limited to investment-grade companies and thus purposely structured not to save failing (i.e., “zombie”) companies. The Fed’s goal was to ensure that a near-term liquidity crisis didn’t become a solvency crisis that would endanger the survival of some of America’s largest employers.

After the Fed’s March 23 announcement, demand for corporate bonds returned. Apparently, it’s easy to get behind the largest balance sheet in the world, which also happens to belong to a relatively price-insensitive buyer. Confidence was restored and the primary markets opened up like a floodgate, allowing corporate America to borrow freely and buttress its balance sheets. With uncertainly still high and the cost of carrying additional debt low, it would be more questionable for a corporate CFO not to take advantage of the reopened primary market.

The last market cycle didn’t end because the cumulative effects from a prolonged period of bad decisions needed correction. It ended because global governments reacted to a new (novel) virus by prioritizing lives over livelihoods through voluntarily shutting down large swaths of their economies. So much is still unknown and the path of the virus still holds the key to the outlook, but the trend of recent economic and medical data rules out the worst-case scenarios priced in at the outset of the pandemic.

Second quarter earnings season is about to conclude and, as expected, sales and earnings growth have been negative for most industries. Comprehensive and complete financial data for the corporate sector will soon be available, at which point we’ll be able to see how much leverage has risen. But as mentioned earlier, many companies are hoarding cash. As a result, we fully expect gross leverage metrics to deteriorate more than net leverage ratios.

This is not to say that all companies will be okay. The disruption to economic activity has been felt unevenly and we’ve already begun to see winners and losers. Covid-impacted industries such as leisure & travel, retail and energy will continue to be challenged for some time. Many thinly capitalized companies in those sectors have already seen rating downgrades and in certain instances declared bankruptcy. Those examples, however, do not represent the entirety of the market. For the rest of corporate America cost management has been a key priority to offset the impact of lower revenues and that, coupled with an improving economy, lays the groundwork for earnings to recover in the second half of this year.