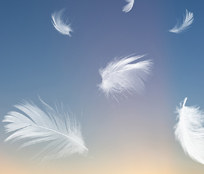 Rating actions have come fast and furious over the past few months. Moody’s has announced over 600 downgrades in the past three months, an average of more than 200 a month compared to the monthly average of 40 in the past two years. It would appear that the downgrade trend will be with us for a while, which has major implications for those credits that are barely holding on to their investment-grade ratings. There is currently $973 billion of investment-grade corporates that are rated low BBB (BAA3 or BBB-). Of that amount, $466 billion is on a negative watchlist of at least one major rating agency.

Already this year the high-yield market has had to absorb $154 billon in fallen angels, which, when combined with $46 billion in net new issuance, has resulted in a 12.5% increase in the par amount of high-yield bonds in the Barclays High Yield Index since the start of the year. Not surprisingly, the industry with the largest amount of fallen angels is energy, with $63 billion of issues joining the asset class. Ford is now the largest issuer in the high-yield market with Occidental and Kraft the fifth and sixth largest, respectively.

To put this year’s fallen angel totals into historical perspective, 2020 has already had the greatest number of downgrades to below-investment-grade on record, surpassing the annual amounts of the recession in 2002, the great financial crisis in 2009 and the commodity crash in 2015. With $466 billion of BBB- issuers on negative watchlist, fallen angel volume will continue to increase throughout the balance of 2020. Wall Street strategist estimates for 2020 full-year fallen angel volume vary, ranging from $200 billion to $500 billion.

The fallen angel wave began in earnest during March. In that month Anadarko, Ford, Western Gas, Occidental Petroleum and Cenovus were downgraded and thus entered the high-yield indexes on April 1. Exhibit 4 shows that these names had an immediate impact, boosting average returns for April by 105 bps, and have raised returns for the broad high-yield market by 143 bps since the wave began. The impact to performance has been even more pronounced for high-quality indexes.

For the Ba rated US high-yield index the flood of fallen angel entrants has increased returns since March 31 by 280 bps. Of the $154 billion of fallen angel activity this year to date, $90 billion entered the Bloomberg Barclays US High Yield index complex on April 1. Remembering back to the tone of the market on April 1, it was choppy. Off the lows of March 23, but far from on firm footing. The market was active but dealers were in no position to take on risk in the form of high-yield bond inventory. What that meant was unless a manager was holding cash (and a lot of it) in their portfolios, purchasing fallen angels was a challenge. With limited ability to sell bonds or use cash to purchase fallen angels, most managers were unable to gain an index weighting to all the fallen angels resulting in significant underperformance versus Bloomberg Barclays High Yield indexes.

We believe a competitive advantage Western Asset provides with respect to the crossover/fallen angel markets is the coordination and experience of our dedicated investment-grade and high-yield research teams. Our analysts are watching these and other names, and if and when any name is cut we will be informed and prepared to move according to our convictions.