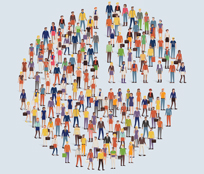 Well, that was a nice surprise! Financial markets were bracing themselves for another 8 million jobs lost in May. Instead, the BLS this morning reported a gain of 2.51 million jobs in May, with private-sector jobs up 3.09 million, and our favored jobs measure—private-sector jobs excluding construction and retailing—up 2.26 million.

The Street had been looking for further huge declines because of the unemployment claims data, which had risen by something like 30 million from March through May. For our part, we have never found much quantitative signal coming from the jobless claims data. Furthermore, with the shutdown beginning nationwide around March 11, we just didn’t see who would be left to furlough in May. That intuition proved to be much more accurate than we would ever have a right to believe.

The May jobs gains were NOT widely distributed across industries. Rather, a few sectors that previously had been hit extremely hard by the shutdown saw something of a May bounce.

Other service sectors especially hard hit by the shutdown, namely hotels and passenger travel, did suffer further job losses in May. Even in these sectors, though, the May losses slowed to a virtual trickle.

No, the gains reported for May do not clearly signal that a rebound has begun, let alone a V-shaped one. However, they do strongly suggest that the worst of the shutdown effects had been felt by the end of April. And with shell-shocked leisure- and health-oriented services seeming to catch their breath in May, and other sectors such as construction and manufacturing looking ready for a bounce, there is still reason to look for a more pronounced rebound in June and after than the naysayers are predicting.