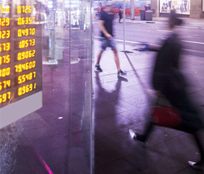 RBA—Ready to Walk the Talk

Reserve Bank of Australia (RBA) Governor Philip Lowe released a statement on 16 March outlining the RBA’s intention to purchase Australian Government Bonds in the secondary market. The statement went on to clarify that the programme would only be used to ensure the orderly function of the markets. This clarification appears very similar to statements made by the US Federal Reserve (Fed), as outlined by our colleague John Bellows in his recent blog post about the Fed's Emergency Actions.

One could debate whether the RBA’s broad proposal meets the definition of “quantitative easing.” After all, Governor Lowe was silent on whether the programme was also designed to stimulate the economy; however, the RBA has clearly signalled its willingness to expand its balance sheet via asset purchases with the aim of calming monetary and financial conditions. Our view is that if it walks like a duck and talks like a duck, it’s probably not a chicken.

The market will learn more about this programme on 19 March but until then, we have outlined our thoughts on the likely makeup of the programme as well as another step we believe the RBA may take.

What Is the RBA Going to Buy?

In addition to Australian Government Bonds, we expect the RBA to extend its purchases to semi-government bonds. Market liquidity in semis has been extraordinarily poor since the market hit peak COVID-19 fear. The state governments have vast infrastructure spending programs in place and the RBA would be well advised to ensure it can continue to execute on these programs given the stimulus it provides to the economy. We feel there is potential for liquidity to trickle down into other sectors as it makes its way through the market.

How Is the RBA Going to Make Purchases?

Similar to the Fed’s approach in the US, we would expect the RBA to purchase bonds across the curve, focusing on the cheapest lines with reference to the market and the short- to medium-term maturities where broad funding is focussed. We also believe there is a possibility that the RBA may implement a restriction on the proportion of a bond line that it can own.

How Much Will the RBA Buy?

We believe that A$20 billion in purchases would be a prudent starting point, which is approximately 3.5% of gross government debt. This is similar to what the Fed has done and it gives the RBA the clear option to increase purchases should the market’s response be muted. Promising “to do whatever it takes” has worked for other central bankers in similar situations, so it is worth trying here. Of course, the RBA’s initial package could look different based on the rapidly evolving market conditions, primarily dependent on local liquidity.

When Will the RBA Start Buying?

It was only November last year, when the RBA Cash Rate was sitting at 0.75%, that Governor Lowe outlined the signposts for QE in Australia: “Our current thinking is that QE becomes an option to be considered at a cash rate of 0.25 per cent, but not before that.”

We believed Governor Lowe at that time—which is why we believe that we will not only hear the details of the RBA’s bond purchasing programme but also that the cash rate is to be cut to 0.25%.

We have applauded the RBA for its decisive approach over the past three weeks—similar to the approach of other central banks—and fully expect the bank to be at the ready should the situation somehow deteriorate even further. The global community is facing an unprecedented crisis, not least of which is the humanitarian element. But, it appears as if the RBA is employing all the necessary and available tools to ensure markets, and the economy at large, are not thrown into further chaos.