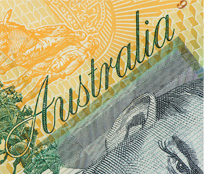 What to Expect From the RBA

The Reserve Bank of Australia (RBA) continues to believe that fiscal support will be the main driver of the Australian economy in the medium term and we agree. But, at the same time, the central bank hasn’t stopped looking for ways to assist wherever possible. The recent expansion and extension of the Term Funding Facility (TFF) is a good example of this. The RBA has discussed again in recent presentations the potential to ease the cash rate and make both the three-year Australian Commonwealth Government Bonds (ACGB) target rate and TFF rate 0.10% (currently both rates are at 0.25%). However, this doesn’t look likely in the immediate future and is just symbolic in the scheme of things. Due to excess liquidity presently in the system (that is only expected to grow further), the overnight cash rate and the Bank Bill Index are trading near or less than 10 bps anyway.

Importantly, current rates are the lowest they have ever been. It’s not the cost or supply of credit that is the problem, but the demand for credit. As a result, until there is some clarity and confidence regarding the future then such rate adjustments are of little consequence. Providing clear forward guidance does comfort borrowers that rates will not be increasing over the next few years. This overt assurance is critical for planning.

Another tool that the RBA has is the ability to extend its purchasing of bonds beyond its current yield curve control (YCC) program, which targets the three-year point. Whilst possible, there is very little funding completed further out the curve, as most home lending and small and medium-sized enterprises (SMEs) lending are either floating or short-term in nature, therefore limiting the policy impact. Critically, global cash rates are closely aligned—the relativities between our long and ultra-long bonds are being contained by the movement in similar maturities in other markets. Australia is therefore benefiting from other central banks’ purchasing programs at the long end anyway.

We continue to believe that negative rates are unlikely in Australia. The RBA remains very clear on this front and although it admits that negative rates are a tool to be considered, the RBA goes to lengths to highlight why it believes they won’t assist the economy. Specifically, RBA Governor Dr. Lowe noted that a negative rate policy would pressure the Australian dollar down, which would help in achieving inflation targets and Australia’s competitiveness. But he also highlighted that the policy would come with many other detrimental consequences, such as impairing the profitability and efficiency of the financial system, which hampers the institution’s ability to extend credit. Negative rates would also promote people to save and therefore not spend, which is the opposite of what broader policy is trying to promote.

Interestingly, none of the global central banks already running a negative rate policy extended their programs further into negative territory, nor did any other central bank initiate this policy in response to COVID-19.

Inflation: Nothing to See Here

Unemployment in Australia has spiked sharply since the onset of Covid, though until the JobKeeper Payment scheme fades, the exact level is difficult to read. What is clear and accepted by most central banks is that benign wage pressures due to employment slack—one of the main drivers of inflation—will be with us for at least a couple of years.

The most recent Australian inflation print was sharply lower, driven primarily by transient factors such as child care and petrol costs. On the supply side, technology continues to drive prices down, notwithstanding some transient Covid-related supply shocks, but we don’t see this changing very quickly.

We expect the combined impact of a benign inflationary backdrop, cash rates remaining at their effective lower bounds (ELBs) for many years and long-dated buying programs by other central banks to contain yield curves. Like our global teams at Western Asset, we are active on duration positioning to capture the current range and are using curve flatteners both as a ballast to risk and because we don’t see yields moving significantly higher at the long end of the curve for some time.

Inflation rates in March were pricing inflation significantly below the RBA’s target range across the curve, but that has since reversed. However, inflation remains below target and should provide further opportunities ahead. Again, we don’t see inflation increasing significantly anytime soon. But, we do believe that the commitment by central banks to remain accommodative for some time should ultimately have an impact, and we need to be mindful of this and watch the signs.

The Fed’s well-publicised and anticipated move to “average inflation targeting” initially led to bond market concerns on the premise that the Fed would now allow the US economy to run hotter for longer before containing inflation. We don’t believe the change will have a meaningful impact on Australian fixed-income markets at this stage, with a similar approach already overseen by the RBA.