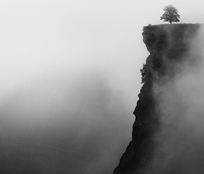 Don’t Stare Into the Abyss

As we closed 2019, market expectations were high that we would finally see a budding global recovery gain more traction following a string of positive developments: a US-China phase one trade deal, the dissipation of a “hard” Brexit scenario, more aggressive easing from both developed and emerging market central banks, and green shoots in a number of non-US markets such as Europe. This supportive macro backdrop would, in turn, help to extend the credit cycle and boost spread sector outperformance relative to government bonds. Fast forward to today, however, and market confidence has been shattered by the speed and extent of the coronavirus/COVID-19 outbreak, which threatens to take a meaningful bite out of global economic activity.

So where do we go from here? The simple reality is that it is too soon to tell. The scientific community needs more data points to study the transmission effects and lethality of the virus, which unfortunately implies that more negative headlines and statistics await. Market participants are now dealing with yet another risk that is extremely difficult to model (in the same general vein as trade war risk), both in terms of magnitude and duration, and seemingly impossible to hedge against tactically and/or in a cost-effective way.

Bear in mind that markets are currently trying to price the economic and financial risks associated with a viral outbreak that could cause exponential disruption in manufacturing supply chains, transport and services. Should governments fumble their policy responses, preventative measures and/or mass communication efforts, markets could quickly start to price in the higher cost of more widespread demand and supply shocks as both individuals and corporations further rein in their activity.

Almost a year ago, as markets were wrestling with trade-war-related growth concerns, we noted that “in times of market pessimism, news tends to veer toward the sensationalistic, loss aversion sentiment goes viral and the opportunity cost of fear—the risk of staying on the sidelines—rises.” This applies even more so today given that the threat of a global pandemic (which looms much larger than that of a global trade war) introduces much greater risk of information asymmetry and the potential for further price volatility on false hopes, misinterpretation and speculative market activity.

Looking ahead, we believe that governments, private sector entities and medical teams globally will very likely work toward building a common front to combat the viral threat. The initial responses will be messy and disjointed (as already seen in some cases), yet this is to be expected given the nature of the threat in the context of a highly globalized world. Ultimately, we take comfort in the fact that policymakers still have significant firepower to work with. One only needs to look back at the 2008 financial crisis and the combined fiscal and monetary policy response by both governments and central banks worldwide as a reminder that these actors can be surprisingly cohesive and creative in the face of a global emergency.

From an investment perspective, we recognize that any large and sudden market correction can be unnerving. However, looking at the current selloff through a longer-term lens, we view it as constructive given the almost uninterrupted rise in equity market valuations in the post-crisis years and increasingly tighter valuations observed across the riskier segments of global credit markets. In our experience, these episodes serve to reintroduce investment discipline, renew respect for fundamental analysis over short-term, technically driven trading and restore some much-needed common sense around valuations.

For investment managers such as Western Asset, who have long advocated active management and a fundamentally value-based approach to investing, we see this period of panic and fear—and the indiscriminate selling associated with it—not as an abyss filled with despair but rather as a prime opportunity to take advantage of market dislocations and mispricings for the benefit of our clients.